In the highly connected business world we live in, it is highly likely that you will get the wonderful opportunity to carry out a Usability study in a different part of the world from the one you’re from.

Carol Barnum, author of Usability Testing Essentials: Ready, Set, Test… says; “You can ’ t read much about international or intercultural usability without coming across references to either Hall or Hofstede.” I will discuss how to apply the work done by Hall and Hofsted in conduction international usability studies starting with Hall.

Hall’s concept is a categorization of cultures on a contiuum scale from high context to low context. What is high-low context you ask? As I understand it, high-context cultures place higher value on non-verbal communication cues than the spoken form of communication. On the other hand, low-context cultures value explicit language more than unspoken signs and signals. Check out Wikipedia’s definition of the same in fluent academese here.

Generally speaking, it is quite evident that Northern European countries and the U.S. are considered low-context societies whereby cutting to the chase (vocalization) is favored over subtlety. Conversly, Asian and countries lean more towards high-context culture whereby body language speaks as loud, (if not louder) than the spoken word.

Hofstede concepts is designed to describe the effects of a society’s culture on the values of its members. More specifically, how cultural values relate to interaction behavior. According to Barnum, Hofstede positions countries and regions of the world on a scale that ranges from 0 to 100.

A caveat to Hofstede’s scale is that it’s “usefulness is not so much in the specific place of a country on the scale, but in comparing the dimensions of a country or culture in relation to others.” (p. 333)

The five dimensions are defined as follows: 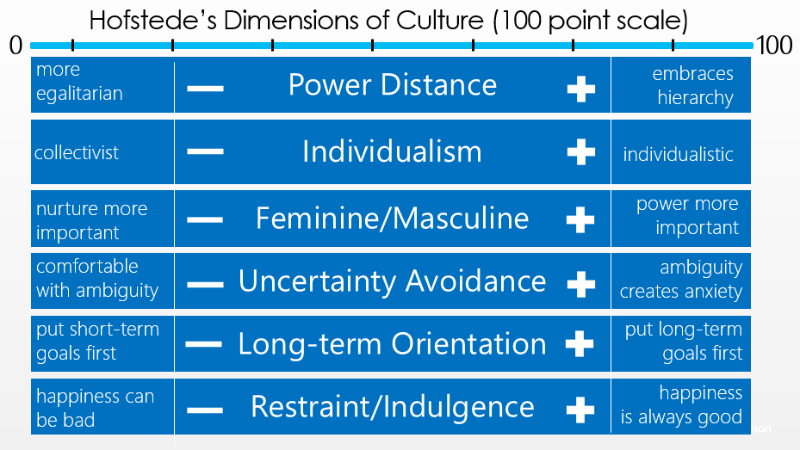 Figure 1: A depiction of Hofstede’s Dimensions of Culture on a 0-100 scale

For example; a Power Distance for the U.S. at 4o and that of China at 80, means that the Chinese are more inclined to expect and accept unequal distribution of power among members. More powerful members within the group are far more respected and have more influence than their “subordinates.”

All in all, it is imperative that you take the time to learn as much as you can about the culture you’re going to study. Although Hall and Hofstede offer sound theoretic approaches to learning about other cultures, it would be in your best interest to go the extra mile and seek more information from other sources such as videos or asking friends and colleagues from the culture in question.